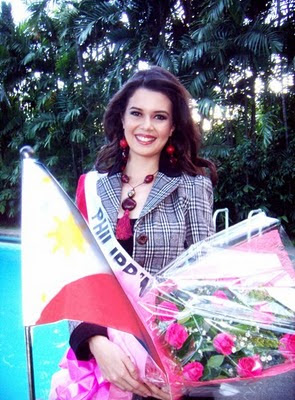 Miss Phillipines International 2009 dead in Road accident
Miss Filipinas Internacional 2009 muere en accidente
Filipino-German beauty titlist, Melody Gersbach died in road accident at around 11AM on Saturday, 21 August 2010. Horrible car accident occurred when she was riding the car to go to Naga City and collided on the forehead with a passenger bus in Barangay Pawili in Bula. Two other people were died in car accident they were identified as Dodong Ramos, the driver and Alden Orense, her markup man. Ronald Lita is identified as the fourth victim, who is survived after the accident and was taken to the Bicol Medical Center for treatment. 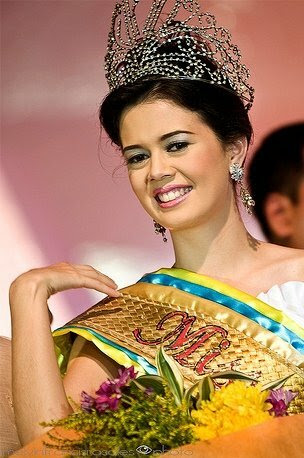 Wilson Pontillas is identified as the driver of the bus and has surrendered to the police in nearby Pili town. Brgy, Pawili, Bula, where the crash happened, is 15 minutes away from the famous CamSur Watersports Complex (CWC) and 30 minutes away from Naga City, where she was about to judge in the screening of Miss Bicolandia 2010 applicants.
According to ABS-CBN News, Philippines, Binibining Pilipinas International 2009 Melody Gersbach with make-up artist Alden Ordense and two others were on their way from Albay to Naga when their car was hit by a passenger bus heading to Legazpi City. According to the report she was about to meet her boyfriend in Naga City. “The accident happened in Barangay Pawili in Bula, Camarines Sur”, said Cabunoc as a text message. 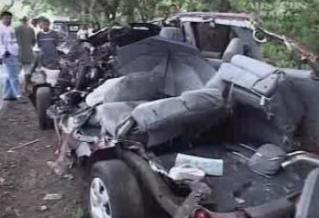 When Gersbach collided with a bus Guevarra, apprenticed by Wilson Pontillas; she and her companions were on board a Toyota Innova on the way to Naga City. The bus driver voluntarily surrendered to police, said Cabunoc. Radio anchor Pio Fernandez DZGB in Legazpi City has confirmed the report at about 3 pm in an interview Peachy Lim, an employee of a restaurant belonging to the family Gersbach in Legazpi City.
Police said, “the bus was trying to avoid a tricycle when he collided with a Toyota Innova.” Ms. Bicolandia 2009, Gersbach left the house about 9 am in a contest the preliminary activities in connection with the forthcoming celebration of the Peñafrancia festival in Naga City. Ricky Gonzales, brother Ramoning, owner of Innova van, said that the vehicle was a total wreck. 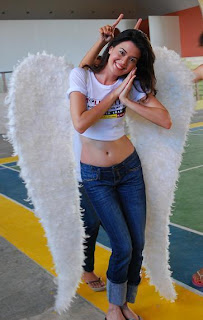 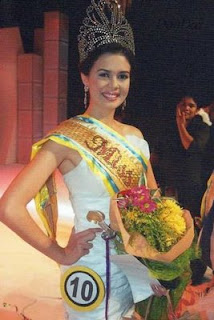 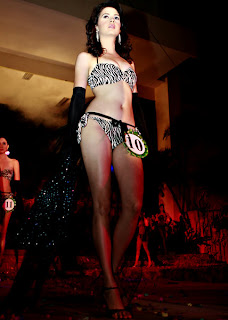 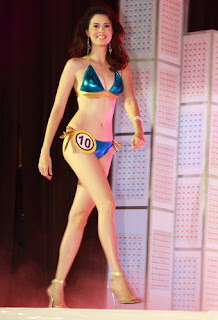